When most of us think back to our childhood we remember carefree days playing tag or swapping Pokémon cards in the playground. The smell of Play-Doh, paint and PVC glue would fill the classroom as you overloaded glitter onto your Christmas Fairy, made from the classic Fairy bottle of course. A happy time, a fun and much loved time. Now imagine that childhood is cruelly snatched from you, the sound of cries and screams start your day as another child is caned. Food is something you can only dream of and humiliation is a daily occurrence. This sadly dear reader is the reality for a lot of children. 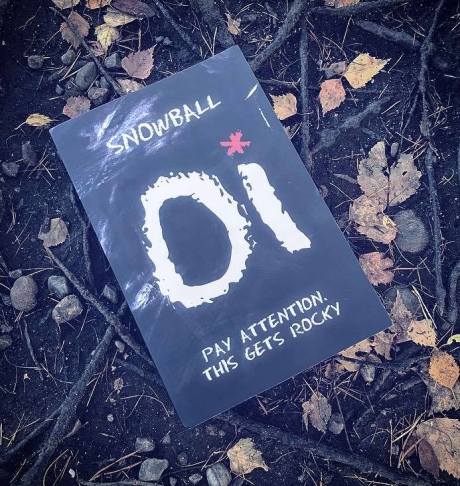 Today I am honoured to be kicking off the blog tour for Oi (Published By UK Book Publishing 15 Nov 2018) By Snowball. A big thank you for my copy to review, always appreciated. And also to the wonderful Anne for the invite, thank you. Right, are you ready? Because this is not an easy one. It’s really, really tough. Nothing I say can prepare you for the horror you are about to face. And it’s all true.

The author, David Lee Jackson (1964 – Present) was born in Withington, Manchester in England, into an impoverished black family. Within months of being born, he found himself on the wrong end of abusive parenting, being hospitalised and close to death.

Eventually recovering and well enough to be treated as an out-patient, he was placed into foster care, where he was loved and he began to thrive. Unforeseen circumstances forced him from this loving home, and he found himself at the brutal and often criminal mercies of an abusive and violent childcare system.

The 1960s and 1970s British Childcare System cared little for the children under its control. It was a brutal, degrading, violent and occasionally deadly environment, into which children were not only thrown like lambs to the slaughter, but were then expected to emerge as competent, capable, contributing members of the society that had so shamelessly failed them at every juncture.

He survived by navigating his course through one violent and abusive encounter after another. Living on his wits, and his fists where necessary, and longing for the day he would finally be freed from this physical and psychological turmoil.

David survived, educated himself, obtaining an Honours Degree in Psychology and a Master’s Degree in International Business. He has been an elected public official, served on a number of charity boards and forums, and is an active campaigner on social justice and equality issues. David has worked in the criminal justice system, working with drug-addicted offenders, many with shared or similar backgrounds to his own, and he is a well-travelled and widely respected project management consultant.

In 2018, David (under the name Snowball) published the widely praised and much talked about book, ‘Oi’ through the Amazon network, in which he detailed in all its brutally cold and horrifically ignoble glory, the horrifying levels of abuse, brutality and criminality that he encountered, while being raised in the British Childcare System throughout the 1960s and 1970s. The book itself is a testament to the enduring resilience of all children living through adversity and both physical and psychological hardship, and an indictment of the casually brutal and often criminal systems, that inflict relentless brutality upon children it has been charged with caring for. 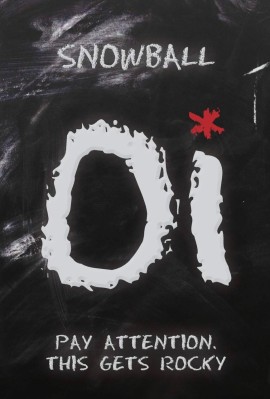 This is a harrowing personal voyage into the 1960-80s childcare system as experienced first-hand by the author and many like him. It was a brutally horrific system, that made countless victims of the very children it was designed to protect. These brutally horrific regimes, founded upon extraordinary levels of inhumanity, cruelty, violence, fear, and intimidation, brought children to their knees, brutalised, cowed and often in fear for their very existence. It was a stark, depressive, and oppressively dysfunctional system, that imposed perpetual physical suffering and mental hardship, upon its most vulnerable charges. It was a pernicious cycle of ritualised systematic abuse, inflicted on some of the most vulnerable children society could offer up. This was the environment that the ‘Unfortunates’ found themselves embedded in during the 1960s. It was a system that lacked care, thought, and all things humane. A system where the imposition of brutal physical and sexual abuse had become normalised, legitimised, embraced and ultimately, forcefully accepted. This was life in a local authority home. These were the homes of ‘the Damned’, where a catalogue of daily horrors were inflicted for the personal pleasure of those charged with the care of this hidden, and often forgotten, sub-culture of children who, through no fault of their own, were forced to embrace these traumas, and endure a fight for their very survival.

The reader is shown a painful window into what life was like in the British childcare system during the 1960s and 1970s. It’s horrifyingly disturbing how child abuse exists, just no! It makes you feel sick that grown adults would take advantage of innocent young children. We witness a child being dealt beatings and abuse on a daily basis from his ‘carers’. It hits you harshly, BANG in the face making you projectile vomit at the messed up world we inhabit.

The narrative follows Snowball who is placed into childcare after his mother scalded him as a baby in a hot bath and left him on the floor to die. From birth he has known nothing but pain and has become accustomed to receiving it. Later when he is placed in a new caring family group home in Stockport he is confused at their kindness. He wishes to be hit at times as it is all he has ever known. I just cried and cried at this point dear reader. I wanted to reach out and hug him, take all the children far far away and let them be kids. Eat ice cream, read books, have fun and feel loved. No child should ever have to be subjected to such suffering.

Snowball’s writing is brutally honest and heartbreaking. These are the traumatic memories of a child who was moved from one place to the next being used as a punching bag with little to no time to recover. Not only does his body feel the effects of his abusers but also his sanity and mental health.

Snowball talks about sensitive topics such as sexual abuse and self-harm as if they are the norm. And that’s the thing isn’t it? They are to him and the other children in the system. There are scenes of children having self-inflected cuts and blood running down their arms. One poor girl lights herself on fire to escape her sexual predator, it tears you apart to watch it all unfold. The pain, the suffering, the abuse. These are children, young children that are dealing with mental health issues, wishing to die and fearing the night. It makes you question so much and wonder why no one did anything. I felt so much anger and don’t think I would have survived it. These children are strong, brave and deserved so much more.

“They were like farmed salmon in a large tank. Boundaries well defined but hidden, but a tank nonetheless, where they could be prodded and poked at the owner’s whim, and where the illusion of swimming free was exactly that, an illusion, and bar some unlikely miracle, their future was pre-ordained as the salmon, from the moment they had arrived.”

There are a few rare moments that allow Snowball to indulge in being a child, reminding the reader that this is someone’s childhood. When asked to write a letter to Santa it throws him and he breaks down. A simple memory and act most of us have experienced as children but never really appreciated until now. It’s a touching moment that set me off blubbering again at how kindness and decent humanity is a gift in this world. That amongst the bad there is always hope for some good, no matter how small.

“He had almost come to depend on the daily ritual of violence and abuse that had been inflicted upon him, as the only means of being recognised as ‘being there’. It was the only recognition from life that he existed, that at least someone recognised that existence, if only to fulfil their own need to hurt someone. But at least he was being recognised. And so it passed, that with the help of Aunty Beryl, it took over an hour to formulate his first ever Christmas list.”

It’s emotional to witness a child having their innocence stripped from them and beaten down into submission. This is the reality of a lot of unfortunate children’s’ childhood. Plagued with advancing predators and the sharp sting of a belt. Over time Snowball grows stronger and stands up for himself, letting them know that he will always fight back. He sneaks food to the starving children and makes his social worker aware of the abuse they are all suffering. Yet to no avail, not much is done and the reader is left dumbstruck at how vile and ugly the whole system is. You find yourself shouting at them “DO SOMETHING! WHY CAN’T YOU SEE IT?” much like many of Snowballs Oi Fu*ker moments when the sh*t hits the fan. You see red.

“The system conspired against the weak and emboldened the strong. There were no consequences for the abusers. The violators had free rein and the system was complicit in protecting them as they rampaged through home after home, destroying the lives of children as they passed through.”

This is a tough, shocking read, not because of the vivid content and strong images involved but because it is all true. It all happened and no one did anything about it. Not the social services, the police, no one. It’s enraging as these children deserved a life, a childhood. And it’s still happening all over the world behind closed doors. It makes you feel ashamed to be a part of humanity. These monsters are still out there, lurking in plain sight and preying on the young. These voices need to be heard, told and made public, shaming all those involved who have turned a blind eye.

I give Oi By Snowball a Five out of Five paw rating.

This book broke me, I was a mess. My heart ached for these children. CHILDREN! Just how, how? How can such torture and perversion exist? And why?! WHY?!

I recommend that EVERYONE reads Oi. It is a struggle and extremely raw BUT no more turning away and shrugging it off. It has got to stop, it should never have started in the first place. I despair over our species sometimes dear reader, I really do.

I have nothing but utmost respect for the author. Not only is he a talented writer but is also a strong, brave, remarkable person. I raise my tea to you dear Sir and hope your words will comfort others and encourage them to speak out and make the pain stop. Forever. 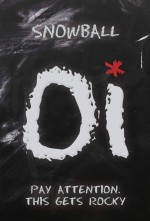