Call me strange (many people do), but lately I have just wanted to watch horror films. As a child I hated anything to do with horror and got scared ridiculously easily. Remember the scene in Beauty and The Beast where you first see the Beast in the tower? I couldn’t watch that part for ages as it scared my bunny tail off me. But within the past few weeks I have just wanted to watch nothing but horror. 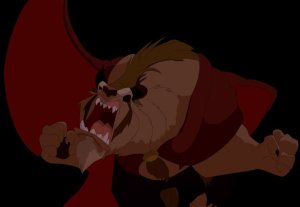 Lately Hubby and I have watched endless amounts of gore. The only thing that really gets me is those bloody jump scares. PARTICULARLY IN MORE ‘MODERN’ “HORROR” (Hubby has shown me a load of older horrors and they definitely put a LOT more effort into the special effects, there’s way too much reliance on Computer Generated effects now, to see genuine effort in physical effects in horror now you have to go to ridiculously low-budget movies that then become bad based upon their production value… Catch 22!!!). You’re quite happily munching away on your popcorn, engrossed as you can be in the badly written plot and wooden acting when BANG! A jump scare that makes you throw popcorn everywhere and scream like a little girl. Maybe it’s the adrenalin that gets me, not knowing when something creepy and unexpected is going to jump out making me pee my knickers. Or maybe it’s the fact that as I get older I am finding less things are starting to scare me. I want to be scared but lately it’s taking a lot to even just freak me out a little. I honestly never thought I could watch horror movie after horror movie and not get creeped out when I need to go downstairs for a drink in the middle of the night.

It could be that a lot has happened in the past few months that has made me feel numb and realise that the things that scare me the most are part of life itself. Never knowing what each day will hold and the unforeseeable future.  Horror in films seems bearable because I know it’s not real and I can just turn it off when I feel like it. Life isn’t like that, there’s no pause or rewind button. It’s a constant build-up of jump scares and choices like; do I run upstairs or out the front door like a smart person when being chased by a madman.

Who knows, maybe there will come a day where I won’t watch horror films and will get scared easily again? For now I will continue to find humour and silliness in horror films. Freddy Krueger’s run down the alleyway in the original Nightmare On Elm Street is all I am saying…

Hello, I'm a Author/Poet/Reviewer/Bookworm/Gamer/Music Lover/Wife and Mother! I review and recommend books as I LOVE to read! I am always on the lookout for new and upcoming books to expand my ever-growing library. If you have something you wish me to read and review, please contact me. I would be delighted to hear from you. Hop hop wiggle wiggle
View all posts by Bunny's Pause →
This entry was posted in adrenalin, blog, blogger, creative writing, film, horror, life, Nightmare On Elm Street, scares, scary, writer, writing and tagged adrenalin, blog, blogger, Creative writing, films, horror, life, scares, scary, writer, Writing. Bookmark the permalink.